skip to main | skip to sidebar

My friend Carol gave me this beautiful J series Yashica for christmas/solstice/etc and I took it home and BROKE IT! (not on purpose, but it didn't work anymore) So after getting it back from repair, I finally got to shoot with it! BOY HOWDY do I like this thing. It's taking me a while to get the hang of the focus, and to adjust to the fact that I can only focus like three feet away from things (Because i'm used to getting my nose into everything) BUT it is THE PERFECT carry-around camera. Carol knew The Jessica (yep, named the camera) and I would be fast friends AND SHE IS CORRECT!

So far i've run through 2 expired rolls of color film (one test, one fun) and some slide film (one is getting processed tomorrow, the other one was too old and broke in the camera ON THE LAST FRAME! It was the trashcan for that one because I was a goof and opened the back to see what was going on.) So here's what I got: 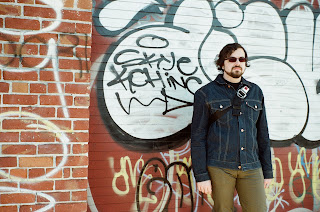 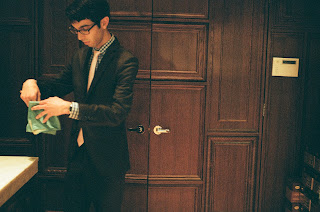 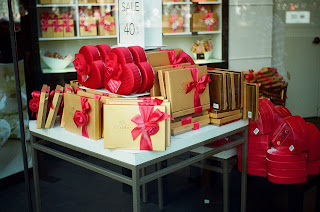 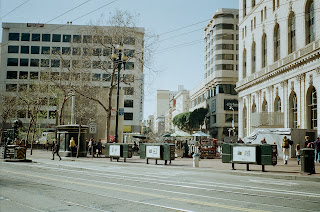 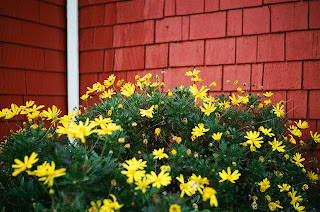 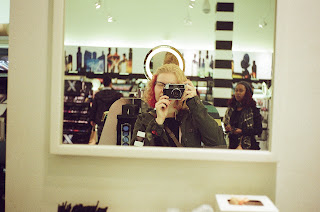 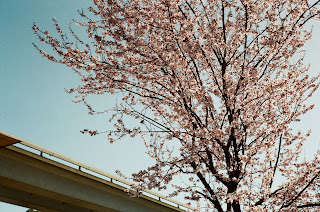 Posted by Peggy Frykholm at 10:22 PM No comments:

Egad, its been a while since my last post. Here's what you've missed:
Firstly, Holidays in retail..as I'm sure you already know from shopping in the middle of it or possibly working through it yourself are a HOTT MESS. They left me utterly and completely exhausted, not to mention gaining responsibility at work, so I have more job in my job which sometimes leaks into my personal time COMBINED with the realization that I must somehow become adult-like and actually strive toward my career...meaning that a website, not just a blog is in order. However, I forgot how much work it is building a website. Friends, take advantage of your graphic designers and their skill...you'll come out with something nicer with much less frustration.

Anyway, I did have a chance to swing down to southern California to visit with my family for a hot minute. I took some film and a camera with me, but didn't get a chance to shoot much...also one of the two rolls I shot came out blank for whatever reason (the photo gods weren't with me on that one) But I did manage to get some okay shots of surfers. 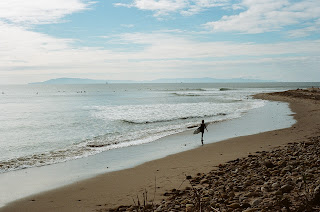 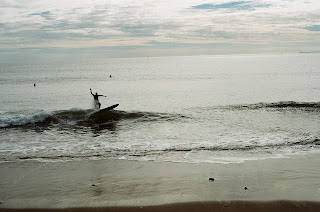 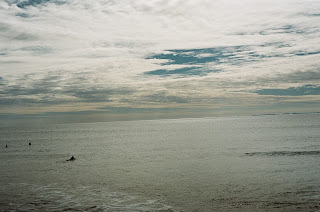 Posted by Peggy Frykholm at 6:30 PM No comments:

I had to take a little break after my shooting spree (I'm talking cameras, not guns here) after I spent $30 on processing and $70 on film IN ONE DAY back in August. I'm waiting for my funds to catch up to me. In the mean time, I did some fun toy camera photos at my friend Danielle's wedding and decided to shoot a little expired black and white film.

Here are some photos from the wedding. Shot with my lovely seafoam Savoy (which many people mistake for a purse..therefor the perfect accessory to have on my wrist at a wedding). I prepared reels ahead of time with Ektar100, e100g (which I had cross processed), and portra400.

Danielle's wedding was way back in September, so I didn't shoot anything from that point until about a week ago when I got a little stir crazy and decided I needed to wake up early and go for a walk. I already had some expired black and white film loaded into my trusty Pentax ME Super...which I had initially intended to develop myself at work, when I realized that I had another roll of exposed black and white film in my bag  from a year ago that I still had not developed...So I sent both of them to the lab. 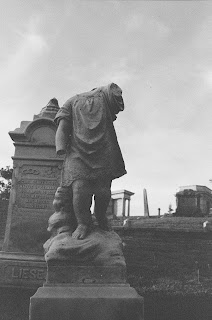 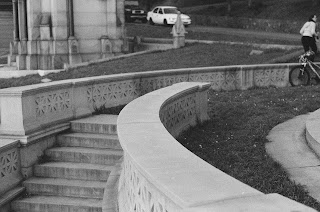 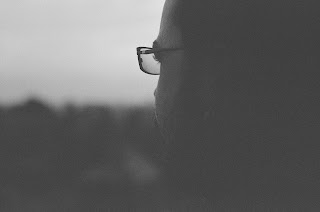 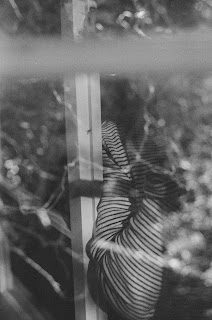 I like how abstract this one turned out. I hope I was going for some abstract reflective portrait, but I was probably just trying to take a picture of a squirrel. 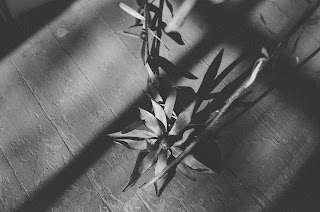 This one reminds me of my grandpa. He always liked still lives.

Looking at this roll completely removed by time and comparing it to the roll I shot a week ago, I'd say I'm a little less moody...but then again maybe its time for another photo excursion to the cemetery!

Here are the photographs from last week: 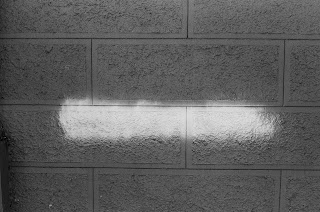 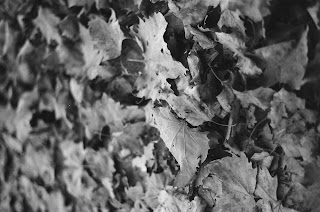 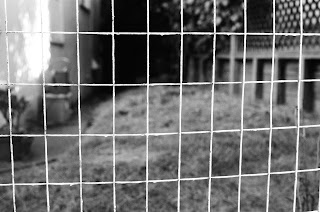 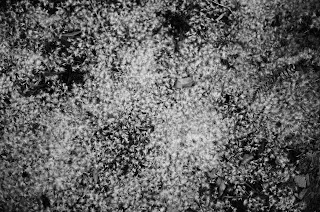 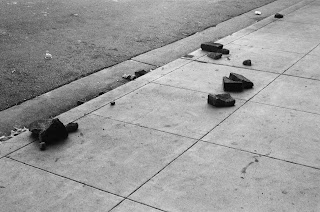 The moral of my story is...1. shoot your friends (with a camera) even if it's their wedding. 2. get that roll that's been hanging out at the bottom of your messenger bag developed. Like yesterday.


Posted by Peggy Frykholm at 4:18 PM No comments: